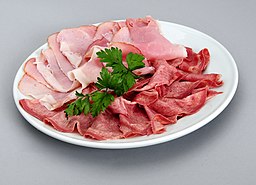 Briefly: live right now is the Chicon Auction to raise money for this summer’s Chicago Worldcon, and they have some great Terra Ignota stuff including signed books and a special 2454 Antarctic Olympics Hoodie I made for Terra Ignota fun. You can bid online!

Meanwhile, hello friends! Sharing some more fun discussions from my recent AMAs, in this case ones which invited me to talk more about a worldbuilding element that was very backgrounded in the book, quiet but present: food. For more on the politics of food in Terra Ignota see also my recent guest post on Books, Bones, and Buffy: Octopus Rights and Imaginary Civil Rights Allies

Q: How do meatmakers and kitchen trees work in the Terra Ignota world?

The meatmaker grows meat by cloning and 3d printing tissue based on cell structures it has stored in a database; for the material that goes in, it uses a protein and fat powder mix that you can buy (made mostly from farmed legumes), but if you have room for it (i.e. not a small apartment) it’s also common to have an algae tank which grows algae using sunlight and a nutrient mix that you put in, and then has an apparatus that processes the algae to make that into a feed which supplements the meatmaker’s powder, so you can have the carbohydrate and iron components that algae can supply be grown at home, and be less dependent on purchasing the powder. Some apartment complexes have communal algae tanks which all residents get a share of as one of the normal building services. The meat takes a few hours to be printed, so you need to plan ahead like with a breadmaker, and a few meats that have unusual components might need supplements, for example if you want to print a whole lot of squid, squid meat has way way way more cholesterol than most tissue (that’s why it’s so sproingy!) so you might use that up and need to get a little pouch of extra cholesterol for your meatmaker, like running out of yellow ink in a printer. In addition to having different cells it can print in different patterns, so you can print a beef-like ribeye structure in terms of protein/fat distribution but make the cells be from a tortoise, or as Chagatai does with the Carnivore Roll print a huge slab of hummingbird meat; it makes it possible to eat creatures which are delicious but impractical or rare without harming the species except taking the original cell sample that then gets cloned. 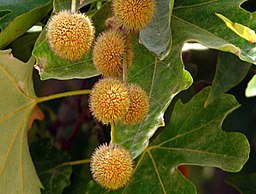 The kitchen tree is indeed a living tree, both genetically engineered and grafted from many separate plants (the way you can graft a lemon and lime on the same root and have a plant that produces both or the famous Sam Van Aken Tree of 40 fruits.

The kitchen tree control panel lets more or less liquid and nutrient go to different parts stimulating more or less growth, blooming, and fruiting, and can also release hormones or other chemicals into different parts of the tree to stimulate particular types of growth. Thus it has lots and lots and lots of fruiting bud branches, but only the ones you want will be activated at any given time. It also has lots of different types of leaves, many of them optimized for efficiency, but some are herbs (mint, basil, kefir lime). Depending on the size of your home and the number of people in your bash’ you might buy a larger or smaller kitchen tree, and they vary in what types of foods are included, so a chef might have a specialized one that grows a lot of types of spices and varieties of peppers, while most people might just have ten or so spices and peppers. The tree photosynthesizes and grows under a glass roof (or opening if it’s an area that doesn’t get frost) but generally they don’t by themselves produce enough photosynthetic energy to supply all the harvest people want, so they are supplemented with a nutrient injector, which can be made with a bought powder or come from the algae tank or a bit of both. They also can produce edible roots in the lower sections. The trees are substantially more efficient in photosynthesis than natural plants because (like all crops in the Terra Ignota future and likely many in our own) they have genetic enginerring to fix the RuVisCO limiter which is a chemical inefficiency in the photosynthesis process which makes an enzyme intended to capture CO2 sometimes capture oxygen instead, creating poison instead of energy, and if we fix that we can probably more than double the energy efficiency of plants.

Since the tree has to grow the food, even with hormones and genetic engineering etc you need to program about a month in advance what you want to grow, so people still sometimes run into food waste or shortage problems, programming too many or not enough of a particular fruit. The trees tend to have a pre-programmed “this fruit is in season and will prosper at this time of year” default for snacking fruits, so when programming you basically modify that, or you can do your own fully custom version.

Kitchen trees are generally used to grow what we would consider fresh produce, i.e. fruit, salad greens, asparagus, etc., not to grow what we would consider staples like pulses (lentils, beans), rice, or wheat, since those need to be processed before consumption anyway, grasses have large root systems, and it isn’t efficient to grow them at home since you have to give the tree so much extra nutrient anyway which is usually made of the same thing that it’s somewhat wasteful. Thus most people’s grocery shopping consists of (A) staple grains and pulses, (B) nutrient powders for the meatmaker and kitchen tree (C) extra fruit or veggies they forgot to program, and (D) specialty goods like a finished loaf of bread, a cheese, or a sausage link. Milk and dairy can be synthesized by the meatmaker, but some people still prefer direct-from-cows dairy, so there is still demand for that, just as the Humanists still occasionally eat meat from real animals a a kind of semi-taboo thrill, Europeans still do some UNESCO-protected culturally important traditional recipes that require the bone-in animal such as Peking duck or a traditional ham, and the Mitsubishi still consume seafood but not land creatures; the Cousins, Masons, Utopia, and Gordian do not permit members to eat meat from animals though all four have complex exemptions for things like being invited to a wedding where Europeans are having a traditional animal-sourced dish, and there is an ongoing Octopus Rights movement attempting to secure minor’s status for the octopus which would ban its consumption, but the movement has not yet succeeded.