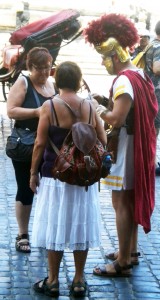 I have returned from a jaunt to Rome, and with great stealth and industry obtained this footage of the rare beast in its natural habitat.

The most common species inhabits the blocks around the Colosseum, but this specimen I sighted outside the Pantheon.  Here he is at the end of his pattern, acquiring a tip from the two ladies he had just snapped some shots with. The armor may be plastic but even from a medium distance the effect of the un-tapered draped cloak and the full-feathered crest is quite complete.

For all that the news reports about extortion around the margins of the occupation are certainly true, they do add an air of classical enthusiasm to the ancient sites.  Watching the endless repetitions of friends and families eagerly snapping badly-framed and back-lit or overexposed vacation snaps in front of one world landmark or another, I can’t help feeling that the sort of person who enjoys that kind of photo is precisely the sort of person who would enjoy it more with a burly recreationist perfecting the fantasy.  It isn’t worth 30 euros or the loss of a camera, but it is a public service of a kind, or a world service perhaps.

The fake tiaras on the other hand, there I don’t know what they’re thinking. 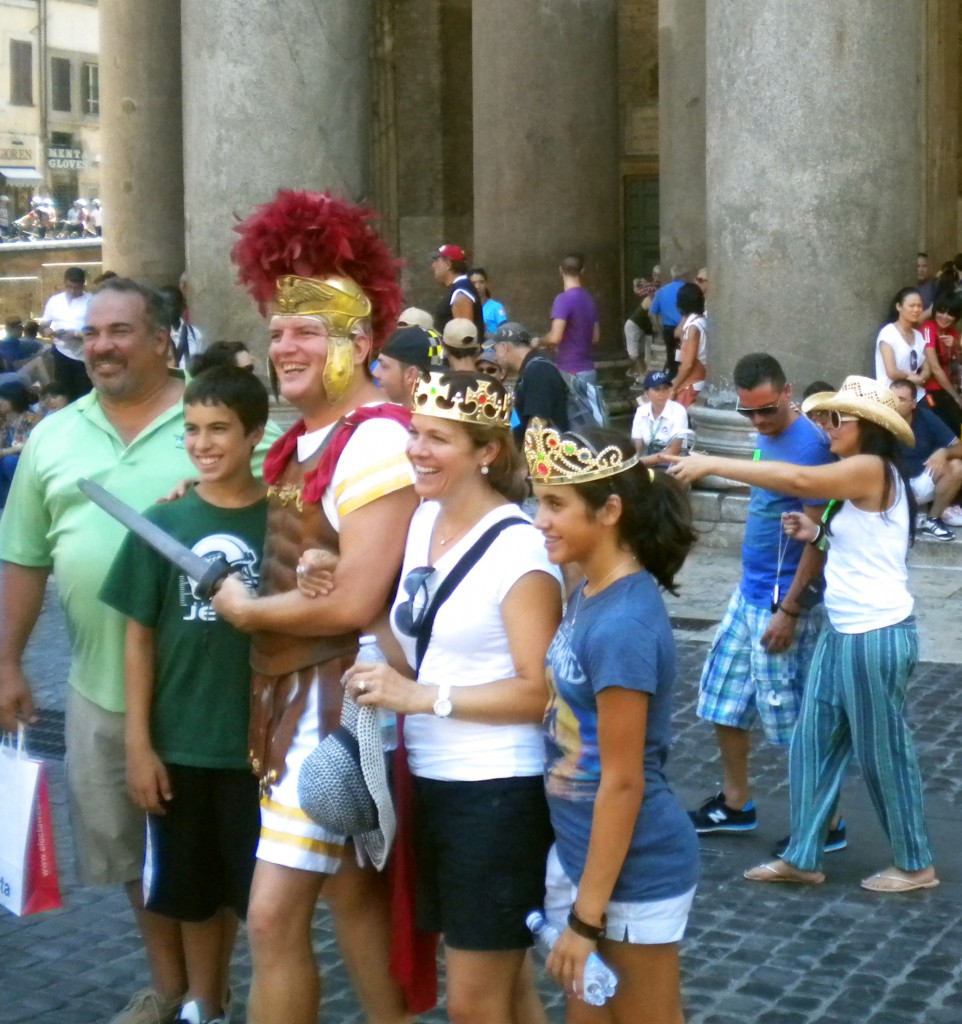 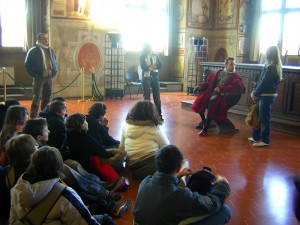 There is, of course, also a lighter (and for once well-organized) side to the Italian historical reenactment scene.  Here Duke Cosimo I de Medici deigns to oversee a field trip for a group of students from a peripheral public school, who have come to the Palazzo Vecchio to learn about Florence’s history.  He demanded that the teacher explain why her wards were so inappropriately dressed, and what they hoped to gain from their visit.  He interviewed a few personally and commanded that they be industrious in their studies so as to be worthy successors to Florence’s intellectual tradition.  He was particularly impressed with the class president and her art studies, and encouraged her to seek service with his Republic when her studies were complete.  He then gave the class permission to sketch some of the decoration his man Vasari had recently finished.  I know I never had a field trip that made me feel so connected to something so important.  Fact is: they are. 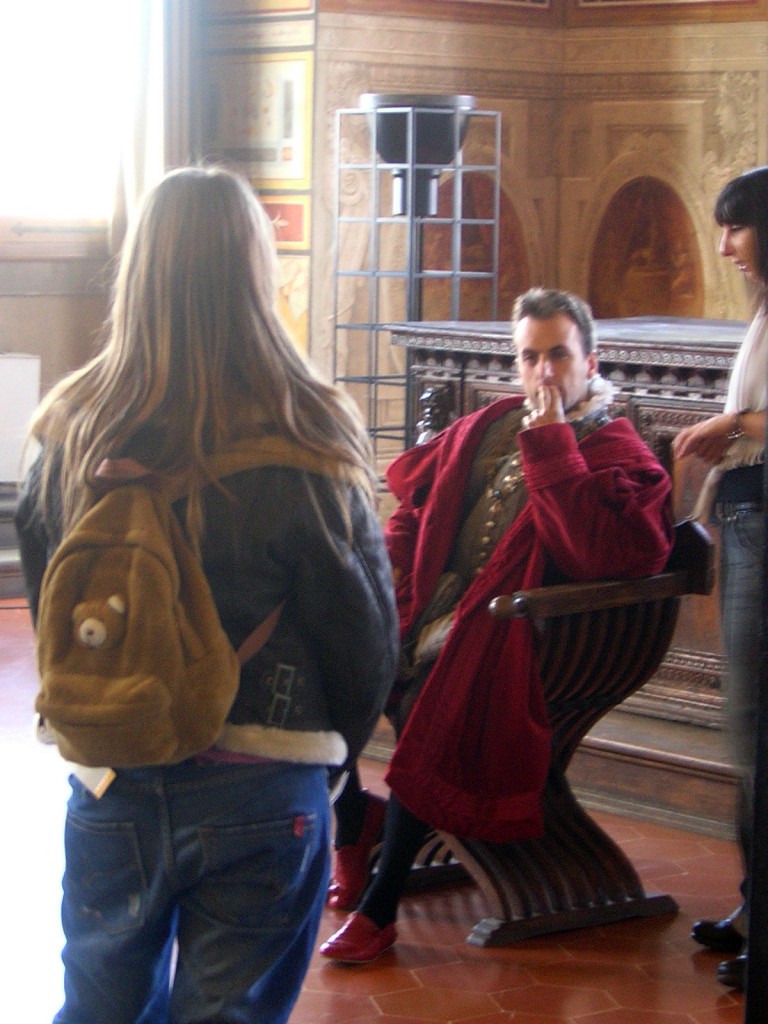